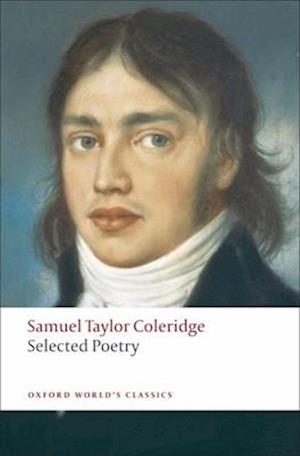 Samuel Taylor Coleridge (1772-1834) was one of the most versatile minds in European intellectual history, and a shaping influence in the development of English poetry. As a radical young poet in the years following the French Revolution, Coleridge collaborated with Wordsworth in "Lyrical Ballads" (1798) and was by turns dramatist, political journalist, lecturer and religious thinker. This edition includes his two most famous poems, "Kubla Khan" and "The Rime of the Ancient Mariner", as well as such blank-verse `conversation' poems as "The Eolian Harp", "This Lime Tree Bower My Prison" and "Frost at Midnight". Not least of the attractions of Heather Jackson's selection is the earlier version of the "Rime" which she presents in full, along with the later, better-known version. Demonstrating the diversity characteristic of Coleridge's work, from early politically-inspired sonnets, to an epitaph he composed for himself shortly before his death, this substantial collection is supplemented by an introduction and notes. ABOUT THE SERIES: For over 100 years Oxford World's Classics has made available the widest range of literature from around the globe. Each affordable volume reflects Oxford's commitment to scholarship, providing the most accurate text plus a wealth of other valuable features, including expert introductions by leading authorities, helpful notes to clarify the text, up-to-date bibliographies for further study, and much more.

Forfattere
Bibliotekernes beskrivelse This selection of Coleridge's finest verse, chosen from the acclaimed Oxford Authors critical edition, includes Fears in Solitude, Frost at Midnight, Kubla Khan, and both earlier and later versions of The Rime of the Ancient Mariner.