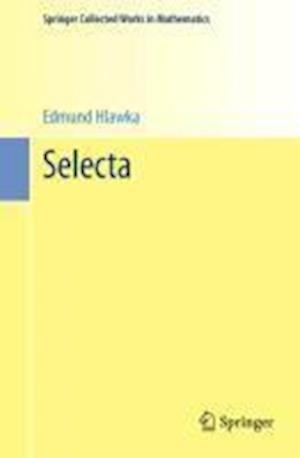 Edmund Hlawka is a leading number theorist whose work has had a lasting influence on modern number theory and other branches of mathematics. He has contributed to diophantine approximation, the geometry of numbers, uniform distributions, analytic number theory, discrete geometry, convexity, numerical integration, inequalities, differential equations and gas dynamics. Of particular importance are his findings in the geometry of numbers (especially the Minkowski-Hlawka theorem) and uniform distribution. This Selecta volume collects his most important articles, many of which were previously hard to find. It will provide a useful tool for researchers and graduate students working in the areas covered, and includes a general introduction by E. Hlawka.