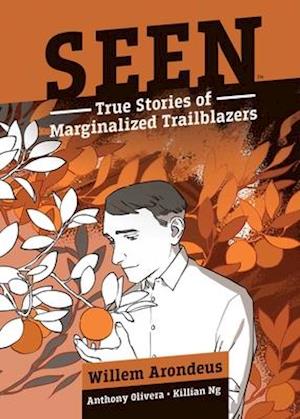 "Tell the people that homosexuals are not by definition weak!" Meet Willem Arondeus, the man who started an underground movement against the Nazis during World War II and saved countless lives from the greatest evil that mankind has ever created. Anthony Olivera & Killian Ng present the true story of the Dutch artist, author and activist who fought back against persecution of any kind in order to create a better world for others. It's about being seen. Both for who you are, and who you hope you can become. History is a mirror, and all too often, the history we're told in school reflects only a small subset of the population. In Seen: True Stories of Marginalized Trailblazers, you'll find the stories of the real groundbreakers who changed our world for the better. They're the heroes: the inventors, the artists, the activists, and more whose stories you won't want to miss. The people whose lives show us both where we are, and where we're going.