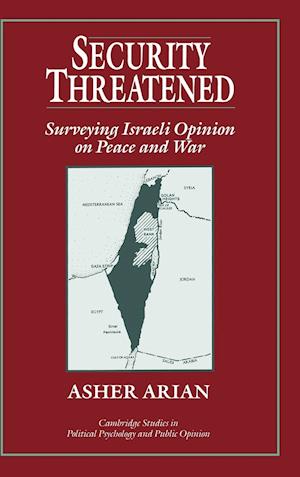 Public opinion has played a crucial role in the transitions from war to peace in Israel since the 1967 Six Day war. Security Threatened is the first major analysis of the interactions among opinion, politics and policy in that period, based on opinion surveys of thousands of adult Jews conducted between 1962 and 1994. The public divided during those years into militant hardliners and more conciliatory security positions, and power either shifted between, or was shared by, the Likud and Labour parties. In the late 1980s and early 1990s, with the onset of the intifada, the collapse of the Soviet Union, and the American victory in the Gulf War, all segments of the Israeli public became more conciliatory. Policy initiatives reflected shifts in political power which in turn magnified changes in public opinion. Leaders were constrained by public opinion and by perceptions of threat, but they could also alter policy if they had the will because opinion was rather equally divided; since most people had their minds made up, the opposition could not block their policy.