indgår i serie Center for Oceans Law and Policy 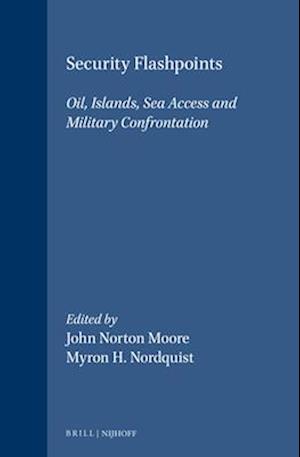 Security Flashpoints: Oil, Islands, Sea Access and Military Confrontation covers a range of controversial issues rife with potential for provoking military confrontation in the world's salt water areas. Understanding the factual setting for flashpoints in the oceans requires an appreciation of the geographic circumstances of the disputants. This work starts with a global overview of island disputes provided by two leading geographers. They examine the pivotal relationship between sovereignty claims to islands and delimitation of ocean boundaries throughout the world. The most serious and complicated series of island disputes exists in the South China Sea where multiple national claims are asserted to sovereignty over the Spratly and Paracel Islands. This work gives not only an update on the status of the informal negotiations over the past several years but also the most complete insider's account so far made available in print of the unresolved issues. A suggestion is made for a constructive step toward a peaceful solution by outlining a Spratly Resource Development Agency. Another area that is brought to the attention is Southeastern Europe: the Danube River, the Adriatic Sea, the Caspian and Black Seas with particular emphasis on navigation through the Dardanelles; a definitive analysis is given of the critical freedom of navigation issues in the Strait of Hormuz as well as a comprehensive commentary on the outstanding boundary delimitation controversies in the Persian Gulf. The island and delimitation disputes in East Asian seas are also extensively discussed. The book finishes with a concept of adding political power to the legal doctrine of critical date' in settling maritime boundary disputes. This work is of particular importance to lawyers involved in the seminal role that the Rule of Law plays for the peaceful resolution of ocean disputes. The work is based on a conference jointly sponsored by the Council on Foreign Relations, the Center for Oceans Law and Policy and the Center for National Security Law, University of Virginia School of Law.