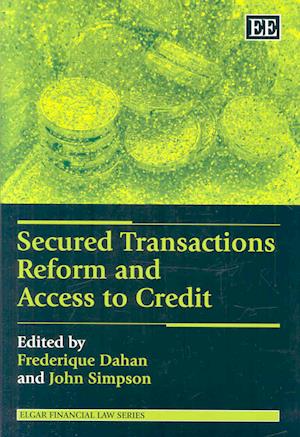 Secured transactions reform, also known as collateral or pledge law reform, is increasingly seen as an important building block for economic development. The commonly held view is that the availability and cost of credit, as well as the efficiency of the market for secured credit, are directly influenced by the laws affecting secured transactions and their implementation. However, there is still a lot of confusion about this relatively complex and technical area of the law and its role in promoting access to credit and economic growth. The chapters presented here provide, for the first time, a comprehensive and cutting-edge view of the subject - from both a legal and economic perspective. They start at the macro level of financial systems, moving towards the behaviours of lenders (commercial banks and micro-lenders), policy options for government and the mechanisms of collateral law reform. By approaching the subject from different angles and experiences, the work advocates an inclusive approach to the subject where all stakeholders' interests can be taken into account. It addresses the question of what role laws and institutions can play to encourage access to credit. This book will be of primary interest to those involved in economic development and the interaction between law and economics, either for practical reasons (for example, working on reform or providing advice on investment in transition economies) or for research purposes.