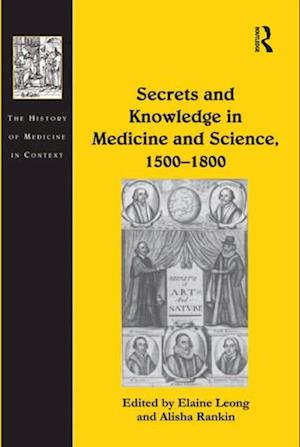 Secrets played a central role in transformations in medical and scientific knowledge in early modern Europe. As a new fascination with novelty began to take hold from the late fifteenth century, Europeans thirsted for previously unknown details about the natural world: new plants, animals, and other objects from nature, new recipes for medical and alchemical procedures, new knowledge about the human body, and new facts about the way nature worked. These 'secrets' became popular items of commerce and trade, as the quest for new and exclusive bits of information met the vibrant early modern marketplace. Whether disclosed widely in print or kept more circumspect in manuscripts, secrets helped drive an expanding interest in acquiring knowledge throughout early modern Europe. Bringing together international scholars, this volume provides a pan-European and interdisciplinary overview on the topic. Each essay offers significant new interpretations of the role played by secrets in their area of specialization. Chapters address key themes in early modern history and the history of medicine, science and technology including: the possession, circulation and exchange of secret knowledge across Europe; alchemical secrets and laboratory processes; patronage and the upper-class market for secrets; medical secrets and the emerging market for proprietary medicines; secrets and cosmetics; secrets and the body and finally gender and secrets.