- Secret Societies of the Middle Ages: the Assassins, the Templars & the Secret Tribunals of Westphalia 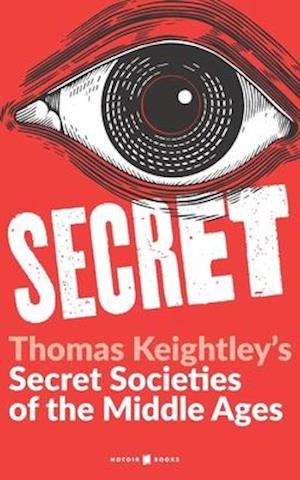 This is Thomas Keightley's history of three secret societies of the Middle Ages: the Assassins, the Templars and the Fehmgerichte. The Assassins was a shadowy group based in a remote stateless area, practicing a radical variant of Islam, and promising their followers a reward in the hereafter if they died in battle. This club has obvious modern parallels.

Of interest also will be Keightley's treatment of the Templars, an organization of crusaders who at their height controlled huge wealth and influence from the British Isles to the Holy Land. They where the 1%-ers of their time.

And the short section on the medieval German Fehm-gerichte is fascinating. This organization of secret tribunals in a lawless time had a reputation for hard and fast justice, much like the vigilantes of the American wild west. Notoir Books is a publisher of books on topics of esoteric interests, eccentric memoirs, overlooked history and distinctive voices.