Secret Talks Between Tokyo and Washington 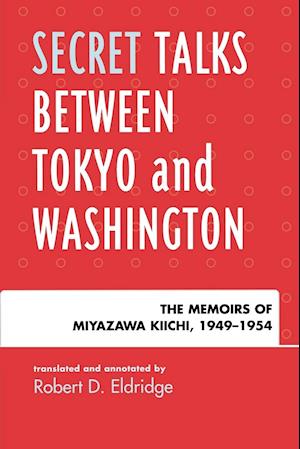 Secret Talks Between Tokyo and Washington offers an insider's perspective of the political, economic, and security-related negotiations of Japan and America between 1949 and 1954. Translated by Robert D. Eldridge, for the first time the memoirs of Miyazawa Kiichi reaches a global audience. This book is a critical link to understanding the views and reactions of the Japanese government, both when it was under occupation and then as a newly independent nation, during which time the young, talented, and international-minded Kiichi played a central role. A firm believer in the 'Yoshida Doctrine,' Kiichi argued that Japan should play a civilian economic role instead of becoming a military power in order to satisfy its ego, a position that occasionally set him apart from his contemporaries. In this book Kiichi offers valuable insight into the bilateral relationship that has evolved between Japan and the United States from the early post war as he describes in detail the many events, personalities, and ideas he came across during his years serving as then-Finance Minister Ikeda Hayato's secretary and his own work in the Upper House. Secret Talks Between Tokyo and Washington is an enlightening text that will appeal to those interested in Asian studies and international relations.