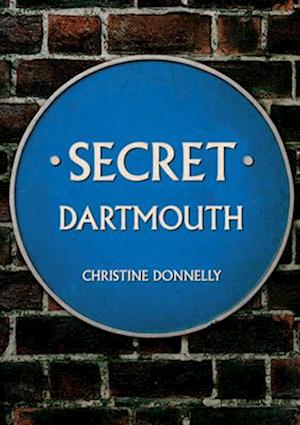 The town of Dartmouth, lying on the River Dart estuary on Devon's south coast, has long had close associations with the sea. It was an important port for south-west England during the Middle Ages and became the home of the English navy. Dartmouth ships played a vital role in the battles against the Spanish Armada in 1588 and since the nineteenth century Dartmouth has been the home of the Royal Naval College. The historic town that grew up around the harbour with its narrow streets and ancient buildings such as the Butterwalk holds many dark and interesting secrets unknown to many who live in or visit the town. In this book author Christine Donnelly explores the stories behind the facade of the town, with characters such as John Hawley, the mayor who was also a pirate; William Veale, the Dartmouth Robinson Crusoe; Thomas Newcomen, the pioneering developer of the steam engine; and Agatha Christie, who lived at Kingswear, across the river. There are tales of witchcraft, tunnels by the harbour, the Scold Stone in the river and a mummified mouse preserved in a pub.With tales of remarkable characters, unusual events and tucked-away or disappeared historical buildings and locations, Secret Dartmouth will appeal to all those with an interest in the history of this town in Devon.

Forfattere
Bibliotekernes beskrivelse Secret Dartmouth explores the lesser-known history of the town of Dartmouth in Devon through a fascinating selection of stories, unusual facts and attractive photographs. 100 Illustrations, unspecified