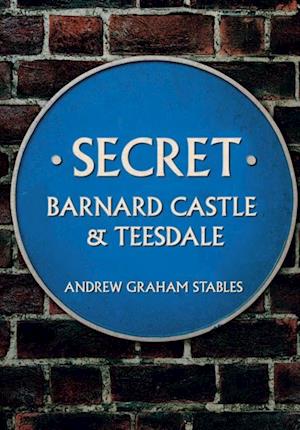 Teesdale is the second largest designated Area of Outstanding Natural Beauty in England and Wales, and has a population of over 25,000. There is also a vast amount history contained within its picturesque valleys, which have attracted many writers and artists: Sir Walter Scott hid in a secret cave by the River Greta to pen some of his verses, and Charles Dickens took inspiration for his books following a visit. For centuries a fertile land under attack by the Scots, yet a king of Scotland was born here in an English castle. Richard III left a permanent legacy, but did he also ensconce the murderer of the princes in this northern dale? Sir Winston Churchill inspected the troops as secret preparations were undertaken for D-Day and only fragments remain of the Queen Mother's childhood castle. Add to this one of the finest museums in the North built in the style of a French chateau, the largest waterfall in England and villages lost under reservoirs and you will be amazed at the secrets Teesdale will reveal.