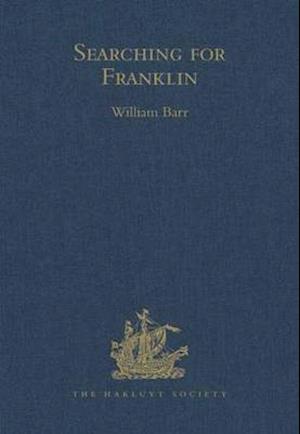 In the Autumn of 1854 Dr John Rae of the Hudson's Bay Company astonished the world with the first news of the fate of the Franklin expedition, missing in the Arctic since 1845, on the basis of stories, rather vague as to time and place, which he had heard from Inuit in the vicinity of Pelly Bay. The response of the Admiralty was to ask the Hudson's Bay Company to mount an overland expedition to attempt to confirm the Inuit reports. For this task Sir George Simpson, the company's Governor in North America, selected James Anderson and James Stewart, veteran employees of the company, and directed them to descend the Black River by canoe to the area which the Inuit reports seemed to identify as the site of the demise of the Franklin expedition. Having assembled the necessary men, supplies and equipment in an amazingly short time, Anderson and Stewart left their base at Fort Resolution on Great Slave Lake on 24 June 1855. They reached the sea at the mouth of the Black River on 30 July and here encountered a group of Inuit who possessed a variety of articles which could only have come from Franklin's ships. Solid sea ice halted their search of the coast at Point Ogle and they were forced to start back south on 9 August. They were back at Fort Resolution by 16 September, having completed an impressive trip in a staggeringly short time. History has tended to judge Anderson and Stewart rather harshly, despite the speed and efficiency of their journey. In fact their real contribution was to pinpoint the site of the tragedy (on King William Island), which the Inuit stories had identified only very vaguely. Their efforts allowed Captain Leopold McClintock to proceed directly to the correct area in 1859 and solve most aspects of the puzzle of what happened to the Franklin expedition.