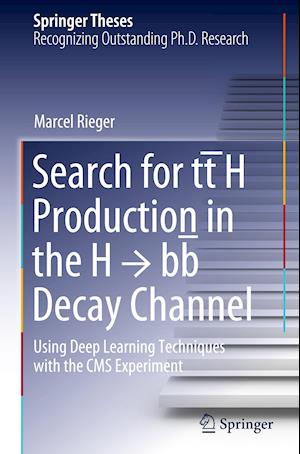 In 1964, a mechanism explaining the origin of particle masses was proposed by Robert Brout, Fran ois Englert, and Peter W. Higgs. 48 years later, in 2012, the so-called Higgs boson was discovered in proton-proton collisions recorded by experiments at the LHC. Since then, its ability to interact with quarks remained experimentally unconfirmed.

This book presents a search for Higgs bosons produced in association with top quarks tt̄H in data recorded with the CMS detector in 2016. It focuses on Higgs boson decays into bottom quarks H → bb̅ and top quark pair decays involving at least one lepton. In this analysis, a multiclass classification approach using deep learning techniques was applied for the first time. In light of the dominant background contribution from tt̄ production, the developed method proved to achieve superior sensitivity with respect to existing techniques. In combination with searches in different decay channels, the presented work contributed to the first observations of tt̄H production and H → bb̅ decays.