- Type as Image in Motion 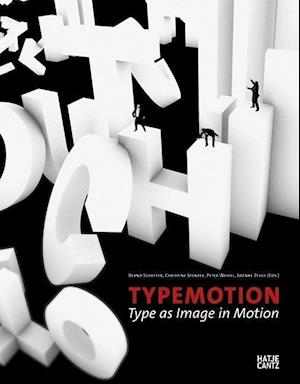 No other genre sets words in motion the way that film does: whether it is an art film, a dramatic film, advertising, or a music video, the scripted film has been established since the pioneering days of film in the late nineteenth century, and has expanded to other areas since then. In a certain way, lead type from the early days of printing has found its way onto 21st-century screens. With analogue and digital work methods, words in motion have continued to become even more multifaceted. They are no longer simply used to convey information, but have gained an autonomous, aesthetic status of their own. This volume deals with the artistic word-film, in particular, and presents examples of analogue and digital films in which animated and designed words, sometimes set to music, are turned into a major character, going far beyond what is conventionally expected of words and words in film. Exhibition schedule: ZKM Zentrum fur Kunst und Medientechnologie, Karlsruhe, November 16, 2013-January 12, 2014 | FACT Foundation for Art and Creative Technology, Liverpool November 6, 2014-February 15, 2015 | Goethe Institutes around the world | And further venues