- A Post Jungian Approach to Working with the Audience 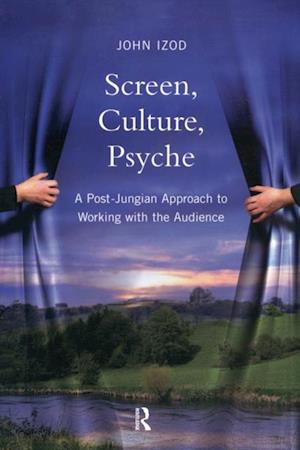 Screen, Culture, Psyche illuminates recent developments in Jungian modes of media analysis, and illustrates how psychoanalytic theories have been adapted to allow for the interpretation of films and television programmes, employing Post-Jungian methods in the deep reading of a whole range of films. Readings of this kind can demonstrate the way that some films bear the psychological projections not only of their makers but of their audience, and assess the manner in which films engage the writer's own psyche. Seeking to go beyond existing theories, John Izod explores the question of whether Jungian screen analysis can work for ordinary filmgoers - can what functions for the scholar be said to be true for people without a background in Jung's ideas?Through detailed readings of a number of films and programmes, John Izod builds on the work previously done by Jungian film analysts, and moves on to contemplate the level of audience engagement. Offering deep readings of films directed by Kubrick and Bernardo Bertolucci, as well as satirical comedy, documentaries and twenty-first century Westerns, the book explores the extent to which they manage to make the psychological impact on spectators that films of a similar kind have done on Jungian writers. The author concludes that the screen texts with the best likelihood of impacting the culture of the audience through their collective psychological force fall at opposite ends of the size and budget range: highly personal documentaries, and the most affecting of mainstream genre movies.This innovative text will be essential reading for psychoanalysts and therapists, as well as students and scholars of film with an interest in understanding how screen products work psychologically to engage the viewer.