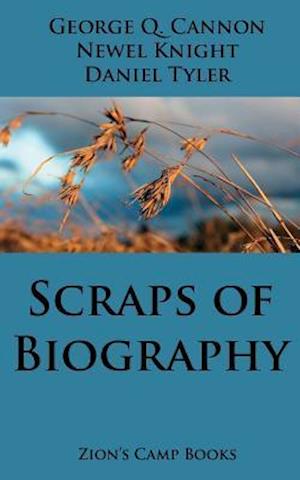 This is the tenth book in the Faith-Promoting Series. Like many other books in the series, this volume is made up of sketches of various pioneers and other members of the Church from early Church history. The sketches in this volume are about John Tanner, Daniel Tyler, and Newel Knight. John Tanner was one of the primary finaciers of the Kirtland Temple. His conversion to the Church followed a miraculous healing. He and his family later moved to Missouri, Iowa (on the other side of the Mississippi River from Nauvoo), and then across the plains to the Salt Lake Valley. Daniel Tyler was an early convert to the Church who was familiar with both Hyrum Smith, who played an important part of his learning about the Gospel, and Joseph Smith who he knew in Missouri. Tyler was called on a mission to Switzerland and was the teaching missionary of Karl G. Maeser, who later went on to revolutionize education in Utah as one of the founders of Brigham Young University. Tyler also is the author of one of the early histories of the Mormon Battalion, A Concise History of the Mormon Battalion in the Mexican War. Newel Knight was an aquaintance of Joseph Smith before the time of the organization of the Church, and was one of the early converts in New York. He and his family joined the Church in May 1830 and was the branch president of the Colesville Branch. He continued to lead the branch after it left New York for Ohio and Jackson County, Missouri, and was a member of several of the early high councils of the Church.