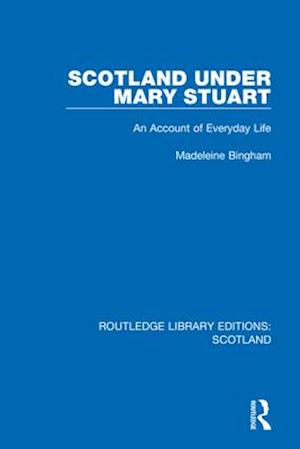 Originally published in 1971, this book gives the real substance of Scotland at the time of Mary Queen of Scots. It describes in extensive and colourful detail the way people of all ranks of society lived, their homes, their food and amusements, the ways they earned their living, cared for the sick and punished offenders. Family life, religion, the structure and activities of the clans and the state of the arts are all discussed. The book gives a true picture of a disturbed and remote country in the sixteenth century - a picture of contrasts and contradictions, as Scotland at that time was a country in transition between the medievalism of the Roman Catholic Church and the new Scotland with a rising merchant class.