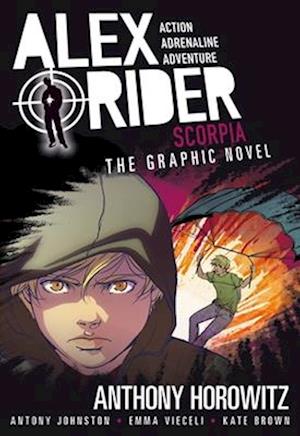 Teen superspy Alex Rider faces a pop star bent on world destruction and a lethal group of assassins in graphic novel adaptations of two of his thrilling adventures. After learning a terrible secret about his father, teen spy Alex Rider travels to Venice to uncover the truth about his past. But the truth lies with a criminal organization known as Scorpia. When he agrees to train as an assassin and is given a target that he knows well, Alex must make a choice: work with MI6 once more or betray everything he believes in.