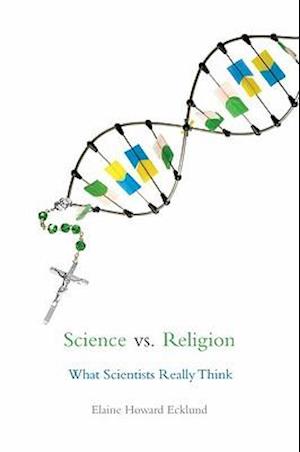 The ongoing and irreconcilable antagonism between science and religion has been taken for granted. And in the wake of recent controversies over teaching Intelligent Design and the ethics of stem cell research, the divide seems to remain as unbridgeable as ever. In Science vs Religion, Elaine Howard Ecklund investigates this unexamined assumption in the first systematic study of what scientists actually think and feel about religion. Ecklund surveyed nearly 1700 scientists, interviewed 275 of them, and centers the book around vivid portraits of 10 representative men and women working in the physical and social sciences at top American research universities. She finds that most of what we believe about the faith lives of elite scientists iswrong. Nearly 50 percent of them are religious. Many others are what she calls "spiritual entrepreneurs," seeking creative ways to work with the tensions between science and faith outside the constraints of traditional religion. Her respondents run the gamut from Margaret, a chemist who teaches a Sunday-schoolclass, to Arik, a physicist who chose not to believe in God well before he decided to become a scientist. Only a small minority are actively hostile to religion. Ecklund reveals how scientists-believers and skeptics alike-are struggling to engage the increasing number of religious students in their classrooms and argues that many scientists are searching for "boundary pioneers" to cross the picket lines separating science and religion. With broad implications for education, science funding, and the thorny ethical questions surrounding stem-cell research, cloning, and other cutting-edge scientific research, Science vs Religion offers a welcome dose of reality to the science and religion debates.