Science, Technology and the Military

indgår i serie SOCIOLOGY OF THE SCIENCES YEARBOOK 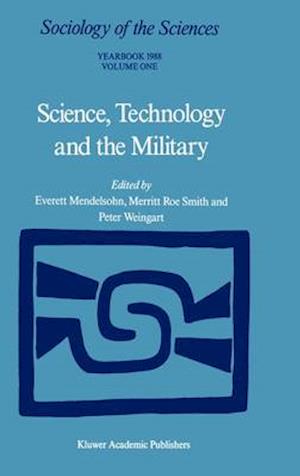 The extensive interaction between science/technology and the military has become increasingly apparent in the years since the Second World War. New institutional arrangements, new fields of study and research, new patterns of funding and support, new relations with industry, the academy and the state, and new professional roles have marked the sciences and technology; the military transformations have been equally important: new weapons systems of great complexity, new strategies and practices, new reliance on high technologies and advanced sciences, and extensive involvement in the funding of science and technology in the 'civilian' sector. While the literature in the social studies of science and technology has from time to time addressed these issues (especially from the historical perspective), the attention paid to the very extensive interactions and concommitant transformations has not been commensurate with the magnitude of the enterprise or changes undergone. These volumes contribute both reports of new research and stimulating additional study.Volume 12/1 contains Part I: War and the restructuring of physics, and Part II: The military and technological development.Volume 12/2 contains Part III: Transformation of industry and medicine, Part IV: Nuclear weapons and nuclear power, and Part V: R&D: military, industry and the academy.