Science, Technology and the Cultural Cold War in Asia

- From Atoms for Peace to Space Flight 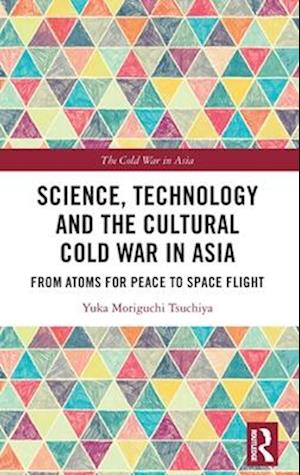 Tsuchiya presents a new insight into the political roles of science and technology during the Cold War era in Asia.The Cold War was not only a battle of conflicting ideologies and economic systems, but also a competition of cultures and lifestyles, and a battle to win hearts and minds of people in developing countries. Tsuchiya argues that science and technology were an integral part of how culture was deployed strategically. She discusses the 1950s and early 1960s: the Eisenhower and Kennedy presidencies in the U.S., and the decolonization and nation-building efforts in Japan, South Vietnam, Burma, and Indonesia. She also sheds light on the way U.S. technological aid programs such as Foreign Atoms for Peace, and the Overseas Information Program were received by Asian leaders, technocrats, and scientists.Provides valuable insight for scholars of Cold War History in Asia and US Foreign Policy.