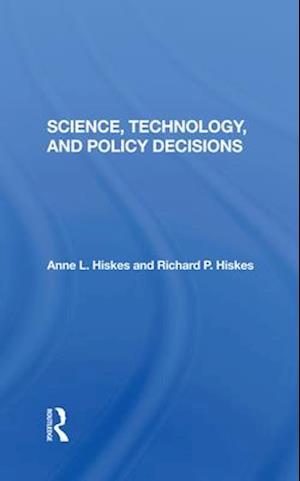 This text, written by a philosopher of science and a political theorist, introduces students to the issues and controversies surrounding science and technology policy in the United States. As the impact of technological advancement is increasingly felt, the policy-making process for science and technology is undergoing a marked transition. The making of this policy is no longer solely the function of government agencies and institutions. New actors in the policy arena are raising questions about the future of technological advancement in the United States and elsewhere, and their voices are affecting-sometimes obstructing-the traditional policy process. This book surveys the entire domain of science and technology policy making with special emphasis on the growing role of citizen participation, the ethical issues raised by modern policy problems, and the general principles that guide current policy. The authors discuss current philosophical views about the nature of science and technology as social and political entities and also consider the history of the relations between these fields and political authority. They combine an issues and case study approach with a narrative discussion of how ethical, participatory, and institutional factors have merged in the policy process. Among the topics addressed are nuclear power and siting policy, hazardous waste, communications technology, and biomedical technology. After reviewing the difficult problems facing the modern policy maker, the authors assess the methods and ethical assumptions of the current policy-making framework and consider alternatives that are more sensitive to the complexity of contemporary policy issues. Intended as a core text for courses in "Science, Technology, and Public Policy," the book can also be used in interdisciplinary courses focusing on the relationship between science, technology, and society. The text is also appropriate for courses in the philosophy of science and technology and for courses in social and political philosophy.