Science, Politics And The Pharmaceutical Industry

- Controversy And Bias In Drug Regulation 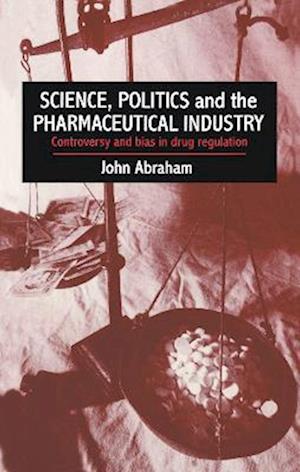 Drug disasters from Thalidomide to Opren, and other less dramatic cases of drug injury, raise questions about whether the testing and control of medicines provides satisfactory protection for the public. In this revealing study, John Abrahan develops a theoretically challenging realist approach, in order to probe deeply into the work of scientists in the pharmaceutical industry and governmental drug regulatory authorities on both sides of the Atlantic. Through the examination of contemporary controversial case studies, he exposes how the commercial interest of drug manufacturers are consistently given the benefit of the scientific doubts about medicine safety and effectiveness, over and above the best interests of patients.; A highly original combination of philosophical rigour, historical sensitivity and empirical depth enables the "black box" of industrial and government science to be opened up to critical scrutiny much more than in previous social scientific study. All major aspects of drug testing and regulation are considered, including pre- clinical animal tests, clinical trials and postmarketing surveillance of adverse drug reactions. The author argues that drug regulators are too dependent on pharmaceutical industry resources and expertise, and too divorced from public accountability. The problem of corporate bias is particularly severe in the UK, where regulatory decisions about medicine safety are shrouded in greater secrecy than in the US.; Since the purpose of drug regulation should be to maximize the safety and effectiveness of medicines for patients, the public needs and deserves policies to counteract corporate bias in drug testing and evaluation. John Abraham's realist analysis provides a robust basis for policy interventions at the institutional and legislative levels. He proposes that corporate bias could be reduced by more extensive freedom of information, greater autonomy of government scientists from pharmaceutical industry, the development of independent drug testing by the regulatory authority, increased patient representation on regulatory committees, and more frequent and thorough oversight of regulatory performance by the legislature. This book should be of interest to anyone who cares about how medicines should be controlled in modern society. It should prove particularly rewarding for students and researchers in the sociology of science and technology, science and medicines policy, medical sociologists, the medical and pharmaceutical professions, and consumer organizations.

Forfattere
Bibliotekernes beskrivelse A systematic investigation of bias in scientific research, based on a rigorous examination of documentary sources on drug controversies. The book offers a comparison of medicine testing and regulation in the UK and US from a social science perspective.