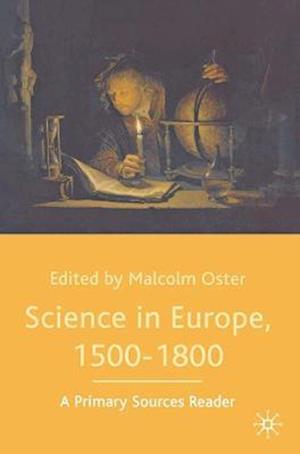 The period from Copernicus to Newton witnessed a Scientific Revolution which eventually led to modern science and both built upon and sharply challenged the earlier natural philosophies of the classical world. Science in Europe, 1500-1800: A Primary Sources Readeroffers a fascinating picture of the world of the scientific revolution through the eyes of those involved. This selection of primary sources is geographically inclusive, including often-neglected areas such as Spain, Scandinavia and central-eastern Europe, and thematically wide-ranging, illustrating early modern Europe's interplay of social, cultural and intellectual traditions.A key resource for all students and teachers of the history of science, Malcolm Oster's masterly collection offers an introduction to the conceptual and institutional foundations of modern science.This volume can be used alongside or independently of its companion volume, Science in Europe: 1500-1800: A Secondary Sources Reader (also edited by Malcolm Oster).