Science Fiction and the Dismal Science

- Essays on Economics in and of the Genre 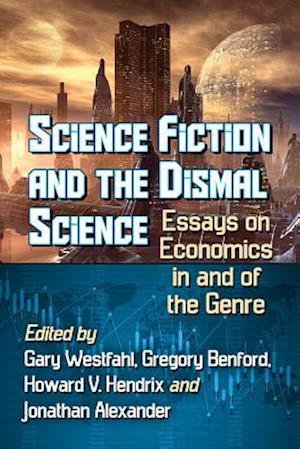 Despite the growing importance of economics in our lives, literary scholars have long been reluctant to consider economic issues as they examine key texts. This volume seeks to fill one of these conspicuous gaps in the critical literature by focusing on various connections between science fiction and economics, with some attention to related fields such as politics and government. Its seventeen contributors include five award-winning scholars, five science fiction writers, and a widely published economist. Three topics are covered: what noted science fiction writers like Robert A. Heinlein, Frank Herbert, and Kim Stanley Robinson have had to say about our economic and political future; how the competitive and ever-changing publishing marketplace has affected the growth and development of science fiction from the nineteenth century to today; and how the scholars who examine science fiction have themselves been influenced by the economics of academia. Although the essays focus primarily on American science fiction, the traditions of Russian and Chinese science fiction are also examined. A comprehensive bibliography of works related to science fiction and economics will assist other readers and critics who are interested in this subject.