Science and the Modern World

- Whitehead, A: Science and the Modern World 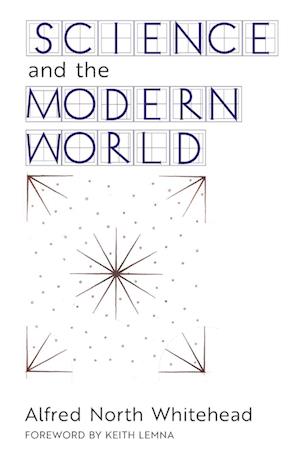 Originally published in 1925, Alfred North Whitehead's Science and the Modern World was a groundbreaking work that redefined the concept of modern science. It is a work not only of the first importance but also of great beauty in which the author dramatically describes what had long engaged his meditations; namely, the rise, triumph, and impact of "scientific materialism," according to which nature consists of nothing else but a flux of purely physical energy, while at the same time criticizing this materialism as mistaking an abstract system of mathematical physics for the concrete reality of nature.

Whitehead's mind was at home with such abstractions (indeed, with Bertrand Russell he co-authored the epochal Principia Mathematica), and he saw them as real discoveries, not intellectual inventions; but his sense for the fullness of existence led him to urge upon philosophy the task of making good their omissions by reverting to the variety of concrete experience first, then framing broader ideas. In this, Whitehead anticipated insights that would come to dominate the philosophy of science in the latter part of the twentieth century.

Moving masterfully through the history of modern science, he shows how cultural history has affected science over the ages in relation to such major intellectual themes as romanticism, relativity, quantum theory, religion, and movements for social progress. Throughout this narrative, philosophy is put forward as humanity's fundamental intellectual pursuit; a medium of change and reconfiguration from which all thought, scientific included, derives its strength. This fascinating volume that will be of value to anyone with an interest in philosophy or the history of science.