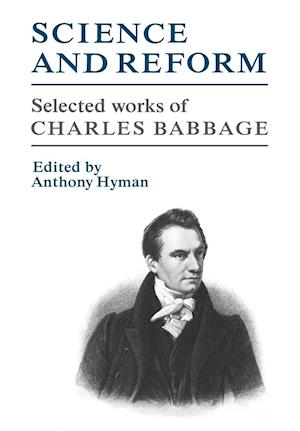 Charles Babbage was a key figure of a great era of British history. Best remembered for his pioneering Difference and Analytical Engines, forerunners of the modern computer, Babbage was also an active reformer of science and society. Among his friends were the Bonapartes, the Duke of Wellington, the Duke of Somerset, Byron's daughter Ada Lovelace and the reforming Earl of Shaftesbury, whose interest Babbage directed to the factories. In this book, Anthony Hyman has selected passages from Babbage's many publications, including his proposals on profit sharing and life peerages and his ideas on such topics as the applications of science, scientific management, taxation and life assurance. Setting each extract in perspective, Hyman has provided the passages with an explanatory editorial commentary. Together with his concern for the systematic application of science, technology and mathematical method to commercial, industrial and economic problems, his work on computing makes Charles Babbage one of the most remarkable as well as one of the most colourful figures in the history of science.