- The US Navy vs. Blockade Runners in the Western Gulf of Mexico 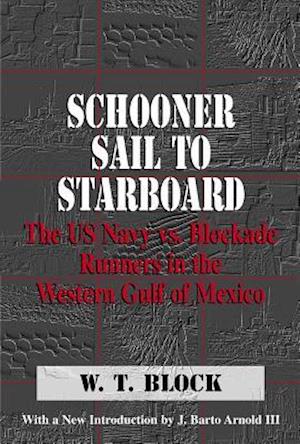 From the Introduction to the Dogwood Press Edition . . .The writer is fully aware that several books already exist about Confederate blockade-running, enough so that one might think there is nothing new to be written, but many of those books deal solely with the Atlantic seaboard. Nevertheless, it was the author's desire to write a story devoted solely to blockade-running in the Western Gulf of Mexico, that is, the Louisiana-Texas coast lines.Over a long period of years, the author collected a long bibliography of blockade-running stories, devoted to the heroism and ingenuity exhibited by both the Confederate blockade runners and the West Gulf blockading Squadron. . .The names of Admiral David Farragut and Raphael Semmes will always adorn Civil War naval history books. Much less known were the wiles, skills, ingenuity, and derring-do exhibited by the western Gulf of Mexico blockade runners. . . . The writer believes there is something of special interest and intrigue between the covers of this book for every Civil War buff to enjoy.This republished edition includes six first-hand accounts as appendixes, 56 new figures, and a new introduction putting the work in the context of the Denbigh Shipwreck Project.