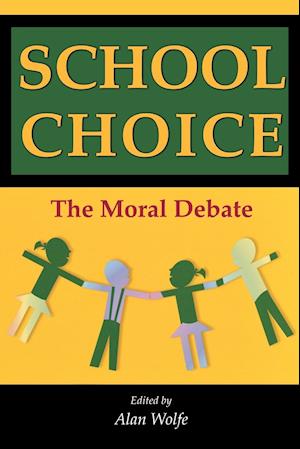 School choice has lately risen to the top of the list of potential solutions to America's educational problems, particularly for the poor and the most disadvantaged members of society. Indeed, in the last few years several states have held referendums on the use of vouchers in private and parochial schools, and more recently, the Supreme Court reviewed the constitutionality of a scholarship program that uses vouchers issued to parents. While there has been much debate over the empirical and methodological aspects of school choice policies, discussions related to the effects such policies may have on the nation's moral economy and civil society have been few and far between. School Choice, a collection of essays by leading philosophers, historians, legal scholars, and theologians, redresses this situation by addressing the moral and normative side of school choice. The twelve essays, commissioned for a conference on school choice that took place at Boston College in 2001, are organized into four sections that consider the relationship of school choice to equality, moral pluralism, institutional ecology, and constitutionality.Each section consists of three essays followed by a critical response. The contributors are Patrick McKinley Brennan, Charles L. Glenn, Amy Gutmann, David Hollenbach, S. J., Meira Levinson, Sanford Levinson, Stephen Macedo, John T. McGreevy, Martha Minow, Richard J. Mouw, Joseph O'Keefe, S. J., Michael J. Perry, Nancy L. Rosenblum, Rosemary C. Salomone, Joseph P. Viteritti, Paul J. Weithman, and Alan Wolfe.

Forfattere
Bibliotekernes beskrivelse School choice has risen to the top of the list of potential solutions to America's educational problems. This collection of essays redresses this situation by addressing the moral and normative side of school choice. It considers the relationship of school choice to equality, moral pluralism, institutional ecology, and constitutionality.