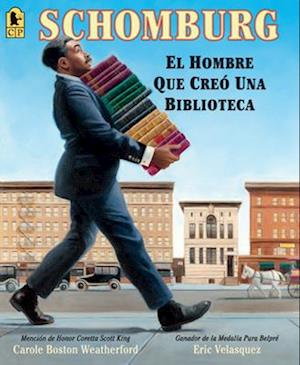 Now in a Spanish-language edition

"A must-read for a deeper understanding of a well-connected genius who enriched the cultural road map for African Americans and books about them." -- Kirkus Reviews (starred review) Amid the scholars, poets, authors, and artists of the Harlem Renaissance stood an Afro-Puerto Rican named Arturo Schomburg. This law clerk's passion was to collect books, letters, music, and art from Africa and the African diaspora and bring to light the achievements of people of African descent through the ages. A century later, his groundbreaking collection, known as the Schomburg Center for Research in Black Culture, has become a beacon to scholars all over the world. In luminous paintings and arresting poems, two of children's literature's top African-American scholars track Arturo Schomburg's quest to correct history.