- An Introduction to Scholasticism Medieval and Modern 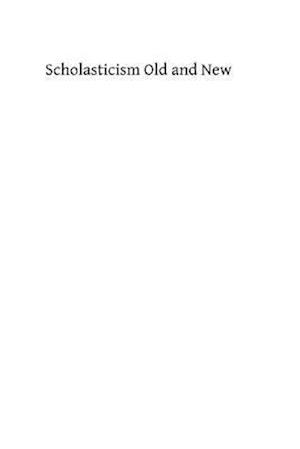 It seems likely that a work of this kind, devoted to both medieval and modern scholastic philosophy, will interest not merely those who are already acquainted with scholastic doctrines, but even all who are trying to follow the march of contemporary thought. Whatever may be its extent and duration, the scholastic revival represents at the present time, and will represent in the annals of the Twentieth Century, an intellectual movement that may not be ignored. We still encounter quite a crowd of prejudices regarding modern scholasticism, and many talk about it without understanding it. On the other hand, much that is exact and even suggestive, in its regard, has gained currency at different times and places of late; and it is not altogether easy to collect and compare these later views and to weigh their respective merits. The object of the present work is to meet and combat false conceptions, to co-ordinate true notions, and so to furnish the reader with some general information on the new scholasticism. The author has adopted quite a summary method. He has merely traced the outlines, raised and stated the problems, but he does not claim to have noticed all the points of view which the subject-matter admits of. Introduction to Scholastic Philosophy being here synonymous with presentation, preparation, the developments of the different questions treated or simply referred to, must be sought in special treatises. He earnestly hopes that the present volume may prove an efficacious invitation to its readers to undertake a personal and deeper study of modern scholastic philosophy. To form an idea of what the new scholastic philosophy is, one must evidently know what the scholasticism of the Middle Ages was, for the former .is only a revival and adaptation of the latter. The two parts of the present work are therefore called for by the very nature of the subject. The first part, strictly historical, will "introduce" the reader to this old scholastic monument-to the discredit of which so much has been spoken and written, but which, resembling in so many ways the majestic cathedrals of the Middle Ages, decidedly gains by being visited and seen in detail. The second part will point out the meaning of the attempted restoration and adaptation of this edifice to our own time. In 1899 we published a brochure entitled: What is Scholastic Philosophy? which we have been requested on many sides to reprint. Most of the ideas in that little work will be found here completely recast and developed. -We also reproduce, in different places, the theories expressed in an article in the Revue Philosophique of June, 1902, entitled: Notion de la scolastique. At the same time we have taken occasion to reply to various criticisms," and to give an appreciation of recent works that have put forth general views on the Middle Ages. The reader will accordingly find a fair number of additional ideas on medieval philosophy, supplementing our previous publications. The two parts of this work correspond like diptychs: the author has tried to compare, point by point, the ideas of the past with those of the present. The new scholasticism is more extensive than the old, being a development and growth of its doctrine: Vetera novis augere. But, on the other hand, though the new scholasticism is already constructed in its main outlines it has yet to be perfected in numerous details. For those two reasons the second part of the work contains a larger number of separate sketches than the first.