Schism and Solidarity in Social Movements

indgår i serie Structural Analysis in the Social Sciences 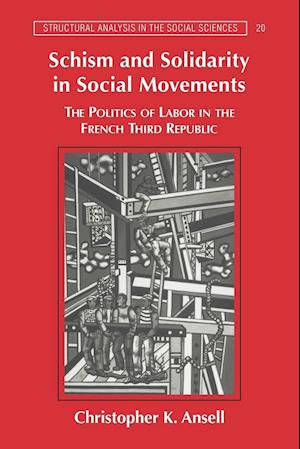 Like many organizations and social movements, the Third Republic French labour movement exhibited a marked tendency to schism into competing sectarian organizations. During the roughly 50-year period from the fall of the Paris Commune to the creation of the powerful French Communist Party, the French labour movement shifted from schism to broad-based solidarity and back to schism. In this 2001 book, Ansell analyses the dynamic interplay between political mobilization, organization-building, and ideological articulation that produced these shifts between schism and solidarity. The aim is not only to shed light on the evolution of the Third Republic French labour movement, but also to develop a more generic understanding of schism and solidarity in organizations and social movements. To develop this broader understanding, the book builds on insights drawn from sociological analyses of Protestant sects and anthropological studies of segmentary societies, as well as from organization and social movement theory.