The Scepter Shall Not Depart from Judah

indgår i serie Religion, Politics, and Society in the New Millennium 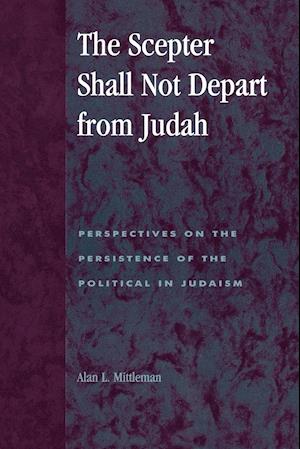 The title of political theorist Alan L. Mittleman's captivating new book is drawn from the patriarch Jacob's blessing to his children and grandchildren. The blessing contains the promise that Judah will become a royal house, perhaps forever. Kings, of course, ceased in Israel, but politics did not. Regime replaced regime. National independence was compromised and lost, regained and lost again. Yet the attention to things political was never lost. Old texts were applied to new political realities. Political awareness and thought, constantly transformed and adapted to new historical exigencies, persisted among the Jews. In The Scepter Shall Not Depart from Judah, Mittleman looks at some of the central problems of political philosophy-such as fundamental rights and the common good-from the point of view of rabbinic Judaism. At the same time, he considers conceptual issues in Judaism-such as covenant and tradition-from the perspective of political philosophy. Mittleman's sources range from the ancient rabbis to contemporary political theorists, making this volume an important one for courses and research in both Jewish studies and political theory.