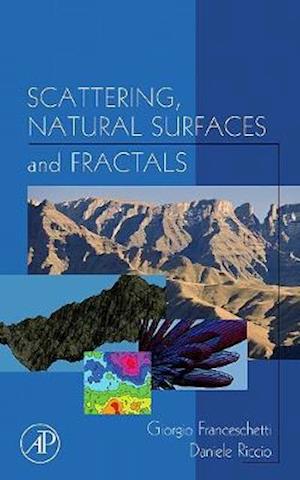 This volume sets out to consider a range of cardiac diseases for which drugs may play a therapeutic role by virtue of their effects on aspects of the immune system. The book reviews diseases of the heart which may involve an immunopharmacological component, and methods and techniques for the study of physiological and biochemical functions in the heart. An important focus is the immunopharmacology of the coronary vascular endothelium and the role of cellular and biochemical components of the immune system in the pathogenesis of atherosclerosis. The content also includes a review of the use of immunologically relevant agents in the setting of cardiac transplantation from aclinical perspective. Immunotherapy has a definite role to play in cardiology to a greater or lesser extent than other forms of intervention, depending on the type of cardiac disease. Immunopharmacology of the Heart aims to identify and clarify this role and points to potential developments of the future. Immunopharmacology of the Heart is a volume for the SYSTEMS theme of The Handbook of Pharmacology. In common with all other volumes it contains standardized illustrations and terms/abbreviations (glossaries of illustrations and terms published at the back of the volume). Other topics covered include: Leukocytes and their role in ischaemic heart disease. Complement activation. Sudden cardiac death. The stunned myocardium and reperfusion injury.Modern Cosmology begins with an introduction to the smooth, homogeneous universe described by a Friedman-Robertson-Walker metric, including careful treatments of dark energy, big bang nucleosynthesis, recombination, and dark matter. From this starting point, the reader is introduced to perturbations about an FRW universe: their evolution with the Einstein-Boltzmann equations, their generation by primordial inflation, and their observational consequences. These consequences include the anisotropy spectrum of the cosmic microwave background (CMB) featuring acoustic peaks and polarization, the matter power spectrum with baryonic wiggles, and their detection via photometric galaxy surveys, redshift distortions, cluster abundances, and weak lensing. The book concludes with a long chapter on data analysis. Modern Cosmology is the first book to explain in detail the structure of the acoustic peaks in the CMB, the E/B decomposition in polarization which may allow for detection of primordial gravity waves, and the modern analysis techniques used on increasingly large cosmological data sets. Readers will gain the tools needed to work in cosmology and learn how modern observations are rapidly revolutionizing our picture of the universe.Scattering, Natural Surfaces, and Fractals provides a comprehensive overview of electromagnetic scattering from natural surfaces, ranging from the classical to the more recent (fractal) approach. As remote sensing applications become increasingly important, this text provides readers with a solid background in interpretation, classification and thematization of microwave images. The "scattering problem" is discussed in detail with emphasis on its application to electromagnetic wave propagation, remote sensing, radar detection, and electromagnetic diagnostics. Natural surface and fractals complete this treatise focusing on how the fractal model represents our natural environment and other planets in our solar system, most recently as used to research the planet Venus and Titan, one of the moons of Saturn. An example of how scattering, fractals, and natural surfaces are of great importance is the following: Natural oil slicks in the ocean have been found to be fractal while man-made ones (generated by illegal washing of oil carrying ships) are not. Processing of an ocean image from space may detect the latter by means of a fractal analysis.