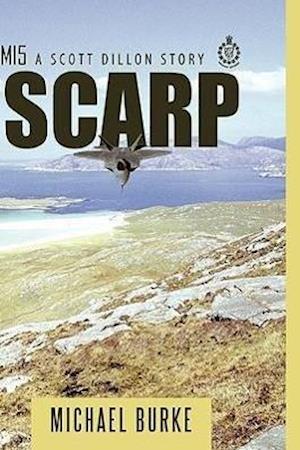 Scott Dillon is given a simple job to pick up a prisoner from an RAF research facility in Scotland the first problem was that the prisoner has escaped, the second and third problem was that Dillon was been tailed by a weirdo called Procol Harem and the KGB but apart from that it was downhill all the way. Dillon gets up to speed on arrival at the research facility and learns that the program involves the development of a top secret fighter jet that will revolutionise the future of air warfare. He suspects that the chief security officer at the base is involved in the prisoner's escapes but then the guy is found dead. He teams up with a female surveillance officer and they use the base security equipment to solve the mystery of the security officer's death and they bring their conclusions the commanding officer and that's when things go totally astray. He finds the escaped prisoner only to learn that his own people in MI5 are playing a much deadlier game, one that puts him and his prisoner in the cross hairs of the KGB, it becomes a race to stay one step ahead of the killers that have fallen for the MI5 plot to draw out into the open the ultimate target.