Scandal and Reputation at the Court of Catherine de Medici 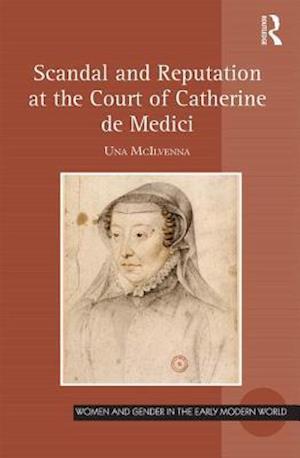 Scandal and Reputation at the Court of Catherine de Medici explores Catherine de Medici's 'flying squadron', the legendary ladies-in-waiting of the sixteenth-century French queen mother who were alleged to have been ordered to seduce politically influential men for their mistress's own Machiavellian purposes. Branded a 'cabal of cuckoldry' by a contemporary critic, these women were involved in scandals that have encouraged a perception, which continues in much academic literature, of the late Valois court as debauched and corrupt.Rather than trying to establish the guilt or innocence of the accused, Una McIlvenna here focuses on representations of the scandals in popular culture and print, and on the collective portrayal of the women in the libelous and often pornographic literature that circulated information about the court. She traces the origins of this material to the all-male intellectual elite of the parlementaires: lawyers and magistrates who expressed their disapproval of Catherine's political and religious decisions through misogynist pamphlets and verse that targeted the women of her entourage.Scandal and Reputation at the Court of Catherine de Medici reveals accusations of poisoning and incest to be literary tropes within a tradition of female defamation dating to classical times that encouraged a collective and universalizing notion of women as sexually voracious, duplicitous and, ultimately, dangerous. In its focus on manuscript and early print culture, and on the transition from a world of orality to one dominated by literacy and textuality, this study has relevance for scholars of literary history, particularly those interested in pamphlet and libel culture.