- How to Protect Yourself from Con Artists: A Guide for Baby Boomers and Beyond 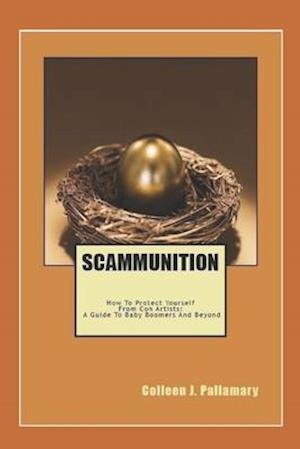 Gone are the days when a person's word or handshake was all that was needed to finalize a business deal. It's human nature to trust. We learn at an early age that our best friend is someone we can count on and confide in. We want to believe that people are inherently good and have our best interests at heart. But what happens when that friend asks for a loan to start a new business then leaves town with all your money, never to be heard from again? How about the businessman with a great reputation who makes a proposal, takes a down payment, and never shows up to do any work? Consider the strange emails filling inboxes with promises of infinite wealth and the chance to connect with long-lost relatives from foreign lands. These and many other scenarios are playing out across the United States and the world at an alarming rate. History is full of dishonest dealings. In the 1980's, investment schemes dominated the news, ruining lives with lies and deceit. In the 1880's things weren't much different. Immeasurable harm and senseless deaths occurred when Native Americans were slaughtered and forced off land that was rightfully theirs, while fraudulent land scams were pushed on an unsuspecting public as pioneers moved westward in search of new lives. As Michael J. Pallamary states in his book Lay of the Land: The History of Land Surveying in San Diego County, "Within California, government officials estimate that 20 million acres of land, nearly 20 percent of the state's public land stock, are the products of fraudulent land surveys." Pallamary also describes how early residents stuck trees in the ground and hung artificial oranges on branches so that photos taken of the "orange trees" and sent back East would give the impression that the land for sale was rich and fertile. In reality the barren lots were filled with rocks and scrub-filled canyons. Scams and cons have changed through the decades, keeping up with the huge technological strides made during the last century. Information that was once transported by Pony Express is now sent via email programs like Outlook Express. Unfortunately, communication advances have inadvertently allowed cybercrimes to become more prominent in everyone's lives. Transactions that were once considered safe and protected are now breeding grounds for illegal activities. Self-preservation has taken on a whole new meaning and self-defense is no longer just physical. Thieves, con artists, and scammers come in all shapes and sizes including invisible ones living in cyberspace as so-called "friends." Countless bank and credit card accounts have been hijacked online and savings accrued over decades of hard work have been wiped out in seconds by devious cons. Boomers relying on retirement accounts and 401 k plans can kiss their futures goodbye if their funds disappear. Heartless hackers don't care. Their games are played with phones, emails, and a simple plan. Feeling stupid and used, many consumers remain silent and the rip-offs go unreported. No one is immune. It's time once again for the dreaded word "homework" to creep back into your vocabulary. Arm yourself with knowledge and learn some tricks of the scam prevention trade. If you've been scammed you are not alone. There is help available; you just need to know where to look. Scammunition is where to start.