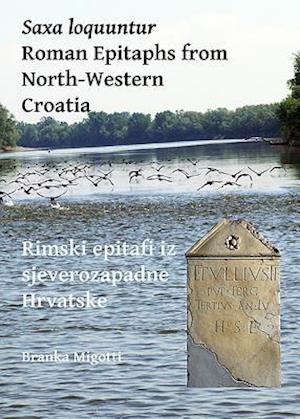 This book examines Roman funerary material from three Roman cities of the south-western regions of the Roman province of Pannonia (modern-day north-western Croatia): Andautonia (Scitarjevo near Zagreb), Siscia (Sisak), and Aquae Balissae (Daruvar). The material chosen reflects the potential of Roman funerary monuments and gravestones for gaining an insight into the historical, social and psychological aspects of Roman provincial society. It enables a perception of the gradual development of the Romano-Pannonian milieu from the 1st to the 4th centuries in its various social aspects: civilian, military, and religious. Within this frame, the focus is on the interaction between the individual and the community as reflected in monologues or even dialogues between the deceased and the living, conveyed through epitaphs and depictions. The deceased more often than not strove to represent themselves on their monuments in a 'wished-for' rather than a realistic manner. All of the examples illustrated here reflect in one way or another the Roman obsession with the eternal preservation of the deceased's memory. This volume is one of the 'deliverables' (dissemination of the results prevalently among the non-professional readers) of the project entitled: Roman funerary monuments of south-western Pannonia in their material, social, and religious context (IP-2014-09-4632), headed by B. Migotti. Its publication was partly supported by the Croatian Science Foundation.