- Economic and Financial Foundations of the State 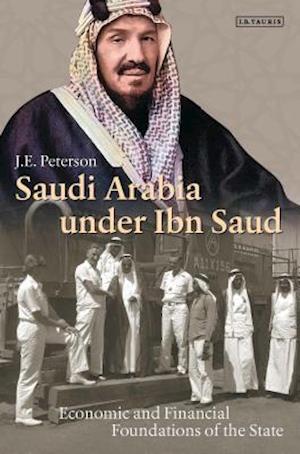 At its founding in 1932, the Kingdom of Saudi Arabia was characterized by tribal warfare, political instability, chronic financial shortages and economic crises. As a desert chieftain, Abd al-Aziz Ibn Saud, the ruler and king until 1953, had the skills, the cunning and the power to control the tribes and bring peace to this realm. But financial and economic matters were not his forte and these he left mostly to a single individual, Abdullah al-Sulayman al-Hamdan. He was entrusted with nearly all of the country's early financial dealings and administrative development. The Ministry of Finance, which he headed from its inception, served as nearly the sole government agency dealing with a wide variety of matters, many of which had only a peripheral connection to finance or the economy. This book examines the role of the Ministry of Finance and its minister, Abdullah al-Sulayman, in holding the country together financially and administratively until the promise of substantial oil income was realized a few years after the end of World War II. It will be essential reading for anyone interested in Gulf History and the Economic History of the Middle East.