- Regime and Elites; Conflict and Collaboration 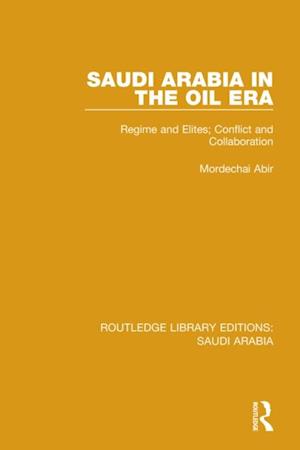 Saudi Arabia has undergone a rapid social and economic transformation. When Ibn Saud declared the nation a unified kingdom in 1932, the majority of its population was nomadic and lived in a state of poverty or semi-poverty. Now the processes of modernisation, financed by the exploitation of the country's vast oil reserves, have produced a prosperous and predominantly urban population. However, this social change has not been without its tensions; the emergence of a rising middle class has called into question the monopoly of power of the House of Saud, its involvement in the kingdom's economy and its oil and foreign policy, while the rapid urbanisation of the rural population has eroded the traditional social structures and has not solved, but in some cases promoted, social division. This book, first published in 1988, explores the recent history of the Saudi oil state in an analysis of the struggle for social and political power in modern Saudi Arabia.