- Dilemmas of Progress in Modern Society 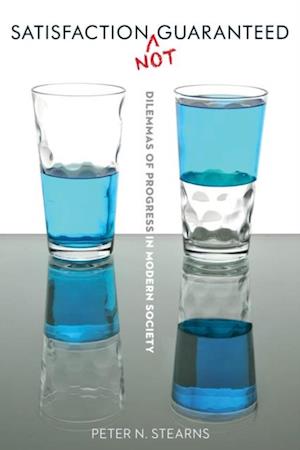 In the twentieth and twenty-first centuries, modern urban, industrial, affluent societies have made great strides towards fixing some of the problems that plagued other societies for centuries: food shortages are nearly eliminated, infant and maternal mortality has fallen dramatically, birth control is both readily available and effective, education levels are higher, and internal violence is significantly reduced. Modernity's blessings are many and bountiful-but has modernity really made us happy?Satisfaction Not Guaranteed is a book about the modern condition, and why the gains of living in modern urban, industrial, affluent societies have not proved more satisfying than they have. It examines why real results that paralleled earlier anticipations of progress have not generated the ease and contentment that the same forecasters assumed would apply to modern life. Employing his trademark inquiry of emotions in American history, Peter N. Stearns asks why, if modern life has been generally characterized by measurable themes of progress, abundance, and improvement, are people not happier or more content with their lot in life? Why is there an increased incidence of psychological depression, anxiety, and the sense that no one has ever reached a pinnacle of happiness or contentment? It's not so much that modernity went wrong, but rather that it has not gone as swimmingly as was anticipated. Satisfaction Not Guaranteed uses concrete examples from both history and the present, such as happiness surveys, to discuss how as a society we might better juggle the demands of modern life with the pursuit of happiness.