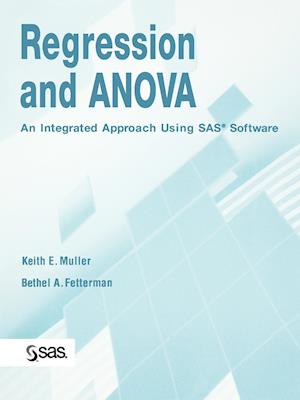 The information contained in this book has served as the basis for a graduate-level biostatistics class at the University of North Carolina at Chapel Hill. The book focuses in the General Linear Model (GLM) theory, stated in matrix terms, which provides a more compact, clear, and unified presentation of regression of ANOVA than do traditional sums of squares and scalar equations. The book contains a balanced treatment of regression and ANOVA yet is very compact. Reflecting current computational practice, most sums of squares formulas and associated theory, especially in ANOVA, are not included. The text contains almost no proofs, despite the presence of a large number of basic theoretical results. Many numerical examples are provided, and include both the SAS code and equivalent mathematical representation needed to produce the outputs that are presented. All exercises involve only "real" data, collected in the course of scientific research. The book is divided into sections covering the following topics: Basic Theory Multiple Regression Model Building and Evaluation ANOVA ANCOVA