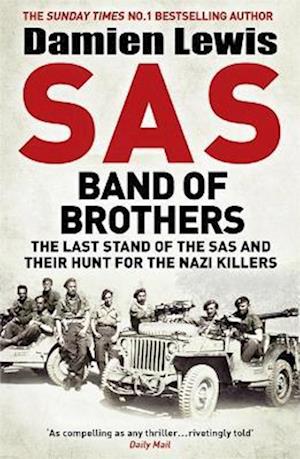 The new SAS epic from bestselling military historian Damien LewisWe share the triumphs and tragedies of a group of elite soldier trailblazers as they commit daring raids behind enemy lines in 1944, manage an against the odds escape to victory, and then seek post-war retribution for the terrible murder of their captured comrades.SAS BAND OF BROTHERS is replete with action, peppered with great characters, and features two of the most daring escapes of WWII. It ends with the hunted becoming the hunters - a group of men intent on seeking out the Nazis responsible for their brethren's deaths, on an ultra-deniable SAS mission to avenge a war crime.This is the new bestseller from Damien Lewis. It bears all his hallmarks - an epic, page-turning special forces narrative based on hitherto unavailable personal testimony and private family archives.