indgår i serie RIM the Royal Inscriptions of Mesopotamia 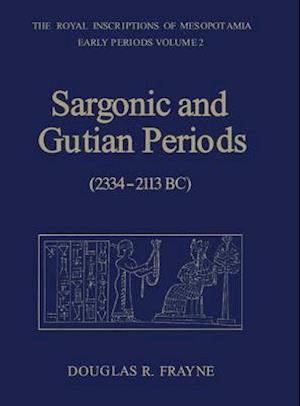 The time period covered by this volume extends from the accession of Sargon of Akkad to the end of the Gutian period (2334-2133 BC). In this corpus we find the first extensive use of the Akkadian language, in it oldest known dialect, for royal inscriptions. Nearly all the texts in this volume are recorded in that language; a few are in Sumerian, and four are bilingual. Invaluable for the reconstruction of the history of the period are a handful of large Old Babylonian tablets inscribed with collections of the Sargonic kings' triumphal inscriptions. Complete transliterations of the individual copies of these important documents appear for the first time in this volume. The introductions for the Sargonic kings include lists of all their known year names along with brief discussions of the major events of their reigns. A short introduction of each description gives its general contents and place of origin. There is a detailed catalogue of exemplars, along with a brief commentary, bibliography, and text in transliteration. In microfiche, 'scores' give transliterations of the individual exemplars of the inscriptions.