- Santa Cruz Island Figure Sculpture and Its Social and Ritua 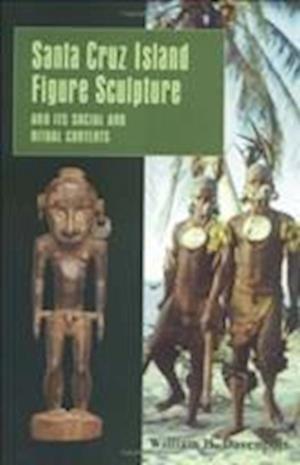 In this ethnographic study of traditional sculpture from Santa Cruz Island, near the Solomon Islands in the southwest Pacific the late anthropologist William H. Davenport presents a distinctive genre of figure sculpture produced for and used in traditional religious rituals and ceremonies.The body of the book discusses the history of Santa Cruz Island society since the first Europeans came to the area in 1595, the cultural meanings of its most conspicuous features, and descriptions of the main components of worship, the rituals. The book includes discoveries about the making and use of the figurines, as well as the iconography of the pieces. The latter information is derived from general ethnographic data collected in the course of field research between 1958 and 1976 on Santa Cruz Island and the adjacent islands of the Santa Cruz Group, where Davenport's many close friends included both his informants in the villages and officers of the British Colonial Service.A dual study of a tradition of so-called tribal art in its context and a study of Santa Cruz Island society, the book includes meticulous descriptions of the sacred objects, currency, dances, and social interactions. Davenport's records of 55 specimens of Santa Cruz sculpture from both private collections and museums-initial acquisition, subsequent ownership, and other detailed physical information-constitute the catalogue section of the book.An engaging and previously unrecorded transcription of information distilled from local informants of the oral myths, rituals, and ceremonies reveals how Santa Cruz believers distinguished, celebrated, and communicated with their deities.Davenport's own unique photographs-both black and white and color-illustrate rituals on the island and life as it was lived before independence in 1978. His work here is a record of a culture which is barely now either lived or remembered by the descendants of those who created it, and all figural sculpture discovered in the future must be judged against this corpus of authenticated originals.Audiences will include anthropologists interested in the tribal arts of Pacific peoples, libraries with Melanesian collections, art historians, contemporary historians interested in the difference between description and comparison, and the special political and economic situation of colonialism.Content of this book's CD-ROM may be found online at this location: http://core.tdar.org/project/376537.