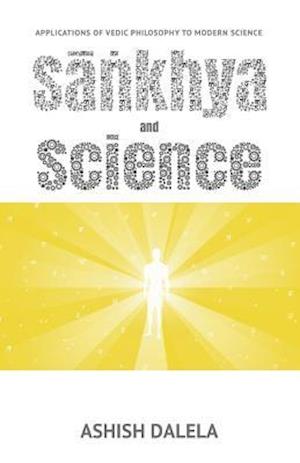 Why the Observer Needs a Central Place in Science

The dominantly materialist outlook of modern science leaves a lot unexplained. This includes the nature of sensation, concepts, beliefs and judgments, and an understanding of morality. Science was developed by evicting all aspects of the subject from its theories, and this has now become a hindrance in the scientific study of the observer.

Questions Tackled in This Book

First, the author discusses a wide variety of problems in modern science, including mathematics, computing, physics, chemistry, biology and neuroscience and how they cannot be solved in the materialistic view.Then, the author offers the alternative view of matter based on Sankhya philosophy--meanings in consciousness are reflected in matter to create symbols of meaning. Now, to know all aspects of matter we need to understand all aspects of the observer, otherwise the theory of matter is incomplete.

Mind and Matter Integrated into a Semantic Science

The book connects a semantic view of matter to the problems of indeterminism and uncertainty in quantum physics, the problem of meaning in computing theory, the nature of information in chemistry and biology, and the problem of sensation and cognition in psychology and neuroscience.

Unlike in modern science, where meaning and information are emergent properties of physical objects, in Sankhya, objects are created when the mind transfers meanings into space-time. The reader will see how mind and matter can be integrated without stepping outside the rational-empirical approach to science. Moreover, this integration can engender new kinds of empirical theories, better able to explain phenomena currently lying outside the reach of science.

By the end of the book, the author builds a new approach to doing science. This paradigm will be able to explain more phenomena than current theories, and will solve the problems of indeterminism, uncertainty and incompleteness which plague current sciences.

How Is This book Different?

Most people drawing parallels between science and Eastern philosophy end up claiming that the Eastern mystics knew thousands of years back what modern science discovered only recently. This conclusion may be satisfying as a bridge between religion and science, but it is ultimately futile--if the mystical viewpoint is similar to the materialist view then why we still need mysticism?

Instead of parallels, this book offers a contrarian view of matter and science. It hopes to show that current science and mysticism are not convergent (although a new science and mysticism could be). The convergence requires not faith but an evolution of science itself. This approach is interesting because it tells us that the convergence will be rational rather than a matter of faith.