- A Story of Complete Devastation, Courage, and Recovery 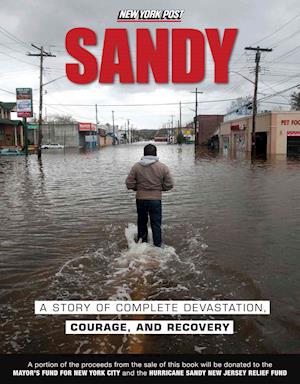 On October 29, 2012, Hurricane Sandy made landfall in the Mid-Atlantic region. The devastation she would bring to the New York and New Jersey was widespread and unimaginable. Though warnings had been issued for days and many evacuated their homes and offices, thousands stood in the path of one of the strongest storms in the history of America. Winds on Long Island reached 90 mph. Large sections of Lower Manhattan flooded. Fire in Queens destroyed more than 100 buildings. In New Jersey, 2.6 million homes were without people and nearly 40 people were killed. A 50-foot piece of the Atlantic City Boardwalk washed away and half the city of Hoboken was under water. Hundreds of thousands were left without power and water, with dwindling food supplies. Amidst this devastation, Sandy inspired courage and hope in many New Yorkers, giving them the will to triumph against incalculable odds. Seeking shelter and the basic necessities of life, thousands continued to fight on to simply survive the harshest of conditions and help others do the same. These gripping moments of ruin and recovery are captured in Sandy: A Story of Complete Devastation, Courage, and Recovery , which features award-winning stories and nearly 100 vivid full-color images from the New York Post . A portion of the proceeds from the sale of each book will be donated to the Mayor's Fund for New York City and Hurricane Sandy New Jersey Relief Fund.