Who Was: Samuel Pepys? 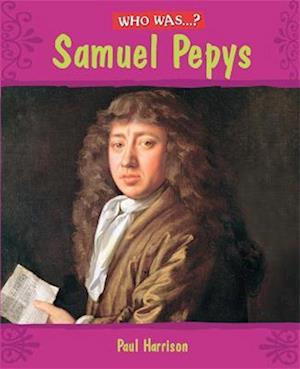 Samuel Pepys is famous for the diary he wrote 400 years ago. The diary tells us about lots of important events such as the Great Fire of London and the Great Plague. Find out why people thought his diary was written in code, why Pepys was known as the 'father of the modern navy' and why he was arrested and sent to the Tower of London. Part of a series of books for 9-11-year-olds. Other titles in the series include: Florence Nightingale, Guy Fawkes, Isambard Kingdom Brunel, Henry VIII, Mary Seacole and Queen Victoria.

Forfattere
Bibliotekernes beskrivelse A series of biographies which introduce readers to key figures in history. Black and white and colour photographs