Samuel Johnson's Lives of the Poets 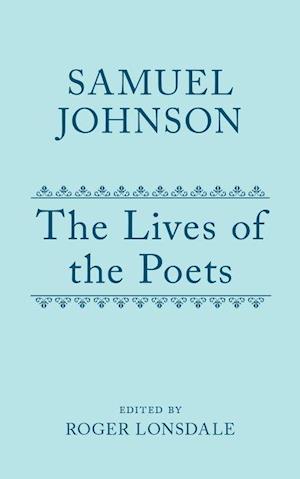 The legal position in international law of heads of states and other senior state representatives is at the heart of the conflict thrown up by recent changes in the international legal order. The establishment of the International Criminal Court and the ad hoc criminal tribunals reflects a growing belief that heads of states and other senior state representatives should be held accountable for serious violations of international law. It is now questioned whetherforeign states and their officials still have immunity from proceedings concerning grave human rights abuses in national courts.This book provides a comprehensive treatment of this key issue, covering both civil and criminal proceedings before domestic courts and the position before international courts and tribunals. The positions of both serving and former heads of states are examined and, where appropriate, so is that of their family members. The wide variety of constitutional forms and titles enjoyed by heads of states and senior state representatives is considered and their internationally relevant powers andfunctions outlined. The implications of recognition or lack of it are assessed, together with the practical and legal consequences of loss of office and/or exile in a foreign state. In examining the position of heads of state and other senior representatives in foreign states, attention is given to thequestion of immunities before the local courts, and to other privileges, protections, and courtesies to which they may be entitled. The book draws a distinction between the personal immunity (ratione personae) enjoyed by heads of states which derive from their status or office, and the official act immunity (ratione materiae) enjoyed by all state officials. It closely examines the relationship between state immunity as it has developed under the restrictive doctrine and the immunities to which individuals are entitled. Careful consideration is given to separate regimes of international immunities such asspecial missions.This systematic analysis of the legal position of heads of states takes into account the history of the subject, relevant state practice (judicial and legislative), the impact of relevant international treaties, and international judicial or arbitral decisions on the matter.This is the second book in a new international, multi-contributed series aimed at providing practical, clinical guidance on how to deal with difficult symptoms related to specific cancer sites. In gynaeoncology there are a number of symptoms which cause great distress to the individual and their families, and perplexity to the physicians and nurses caring for them. This volume covers the management of incurable disease for each of the most common cancers followed bya review of the most difficult symptoms that are encountered in this tumour group. Contributors provide a scientific background to symptom-control chapters, with an indication of the sources and evidence for their advice.Johnson himself wrote in 1782: 'I know not that I have written any thing more generally commended than the Lives of the Poets'. Always recognized as a major biographical and critical achievement, Samuel Johnson's last literary project is also one of his most readable and entertaining, written with characteristic eloquence and conviction, and at times with combative trenchancy.Johnson's fifty-two biographies constitute a detailed survey of English poetry from the early seventeenth century down to his own time, with extended discussions of Cowley, Milton, Waller, Dryden, Addison, Prior, Swift, Pope, and Gray. The Lives also include Johnson's memorable biography of the enigmatic Richard Savage (1744), the friend of his own early years in London.Roger Lonsdale's Introduction describes the origins, composition, and textual history of the Lives, and assesses Johnson's assumptions and aims as biographer and critic. The commentary provides a detailed literary and historical context, investigating Johnson's sources, relating the Lives to his own earlier writings and conversation, and to the critical opinions of his contemporaries, as well as illustrating their early reception. This is the first scholarly edition sinceGeorge Birkbeck Hill's three-volume Oxford edition (1905).This is volume two of four.

Forfattere
Bibliotekernes beskrivelse A comprehensive and in-depth study of the legal position in r s1rnational law of heads of state, heads of government and other senior state officials, this book analyses relevant treaties, case law, and custom to set out the law in this area and provide practical guidance.This book is designed to give the busy clinician immediate, easy-to-access and practical advice on clinical problems which may arise in the management of gynaecological malignancy. These problems may be rare or common but all aPRIZES:Winner of Winner of the Seventh Modern Language Association Prize for a Distinguished Scholarly Edition 2006 *Choice* Outstanding Academic Book 2006 TLS Christmas Pick 2007.