Samuel Johnson and the Tragic Sense 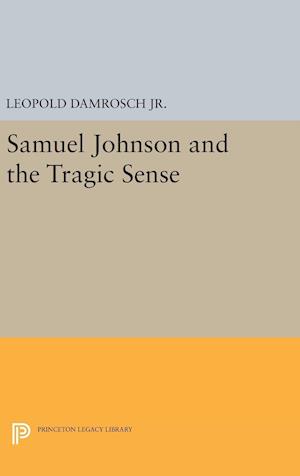 Tragedy in the eighteenth century is often said to have expired or been deflected into nondramatic forms like history and satire, and to have survived mainly as a "tragic sense" in writers like Samuel Johnson. Leopold Damrosch shows that many readers were still capable of an imaginative response to tragedy. In Johnson, however, moral and aesthetic assumptions limited his ability to appreciate or create tragedy, despite a deep understanding of human suffering. This limitation, Mr. Damrosch argues, derived partly from his Christian belief, and more largely from a view of reality that did not allow exclusive focus on its tragic aspects. The author discusses Irene, The vanity of Human Wishes, and Johnson's criticism of tragedy, particularly that of Shakespeare. A Final chapter places Johnson's view in the context of modern theories. Originally published in 1972. The Princeton Legacy Library uses the latest print-on-demand technology to again make available previously out-of-print books from the distinguished backlist of Princeton University Press. These editions preserve the original texts of these important books while presenting them in durable paperback and hardcover editions.The goal of the Princeton Legacy Library is to vastly increase access to the rich scholarly heritage found in the thousands of books published by Princeton University Press since its founding in 1905.